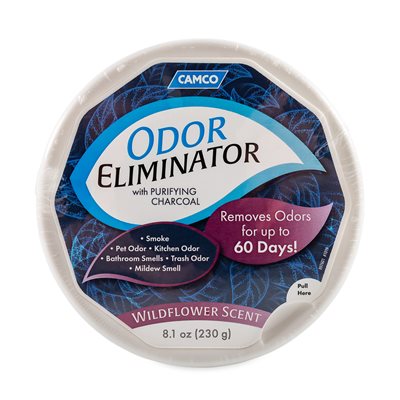 Press and move to zoom.
Mouse over image to zoom.
Click to enlarge

Camco's Odor Eliminator with Purifying Charcoal is made of a charcoal-filled gel that absorbs and eliminates odors. The unique formula evaporates into the air, neutralizing odors, creating clean, fresh-smelling air in your home for up to 60 days. It is ideal for removing smoke, pet odors, kitchen odors, trash odors, bathroom and mildew smells. Each container weighs 8.1 oz. (230 g) and is wildflower-scented.