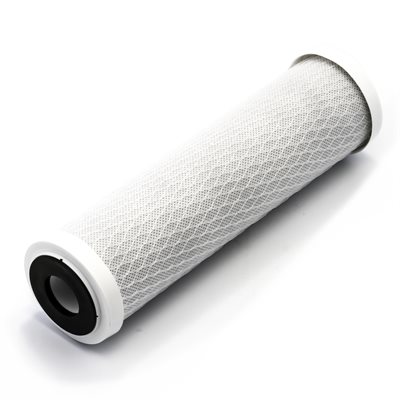 Press and move to zoom.
Mouse over image to zoom.
Click to enlarge

Hydro Life's radial flow Carbon Block Cartridge has several advantages. Water touches the entire surface area of filter, increasing the dirt-holding capacity and performance. No carbon particles are released into the water as it is filtered. It has a high flow rate (2.5 GPM), since water contacts the entire exterior surface area of filter and percolates from the outside in. Carbon Block Cartridge virtually eliminates chlorine and potentially dangerous micro-organisms as well as turbidity. It is also effective in reducing many other contaminants. Working pressure range: 20-100 PSI